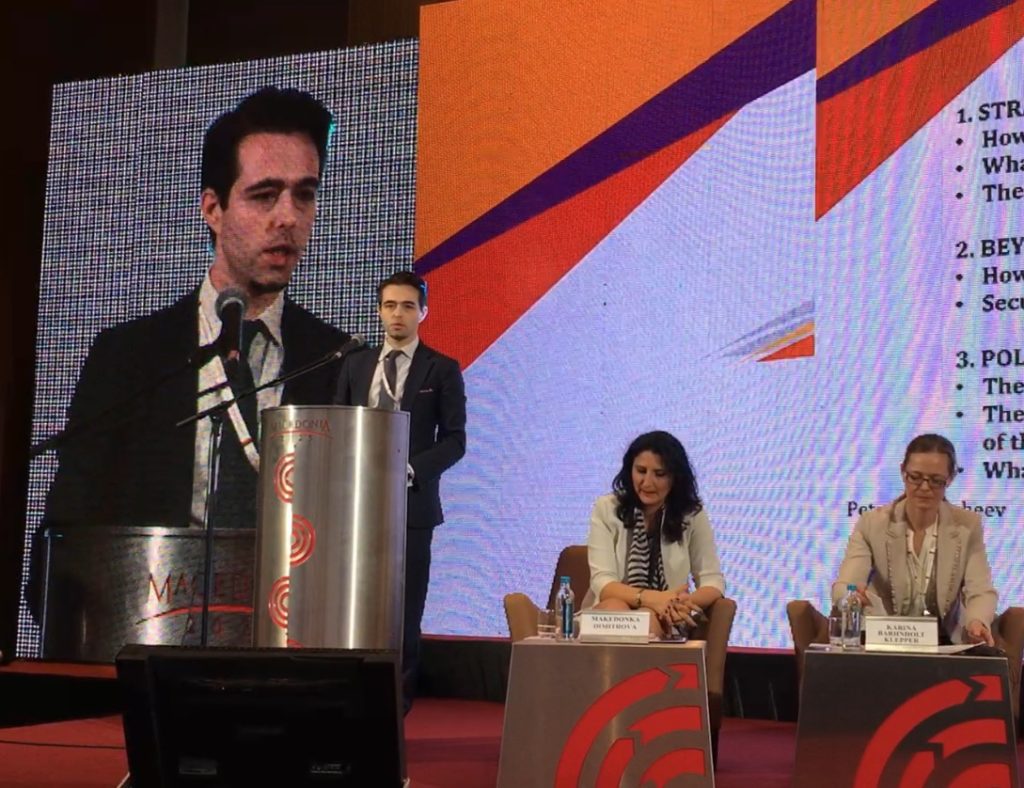 Peter Kaznacheev, Director of the RANEPA Centre for Resource Economics made a presentation at the Macedonia 2025 Economic Summit in Skopje about opportunities for innovation in the energy sector. He argued that the drop in commodity prices should be seen an new opportunity – as a powerful case of schumpeterian creative distraction, not a cause for alarmism. All in all, there was a very strong emphasis on innovation at this summit.

The topic of artificial intelligence and its application to various industries, including hydrocarbon energy and renewables, generated a lot of interest. That should not come as a surprise, given how strongly Macedonia and Macedonians are represented in computer sciences and hi-tech worldwide.

When asked whether oil will be still the main energy source in 50 years, Peter Kaznacheev replied: “If Ray Kurzweil is right about the age of technological singularity which is dawning upon us, then the answer to this question is no. The world will not get stuck with fossil fuels. It will move on. The main question however is not whether oil will be replaced but WHAT will replace it. Companies and governments have been trying to bet on various alternative fuels but it seems to be too early to tell which one of them will become the fuel of choice of future generations.”

5 July 2016. Round Table “Prices forecasting prices in conditions of cheap oil and other commodities”

Round Table was organised by the Center for for resource economics, RANEPA.

Presentation “Elections as contemporary mechanism for legitimation of the Gulf oil monarchies in the post “Arab Spring” era” by Nikola Kjurchiski.

19 May 2016. International scientific-practical conference “Public administration and development in Russia: models and projects”

Presentation “Delopment of oil and gas fields on the Arctic shelf” by Regina Samoilova (Bazaleva).

24 September 2015. Round Table “The economy of cheeper oil. Efficient public administration under low oil prices”
September 24, the RANEPA Center for for resource economics and the research group “Petromarket” are organising a round table with two presentations:

Presentations will be followed by a discussion. The even will be attended by experts inSchool of Economics, the Gubkin State University of Oil and Gas , Energy Research Institute of the Russian Academy of Sciences and others.